The second Power Rangers trailer is here, and it just might convert even the greatest of skeptics. With new looks at every major character, tons of action, and a whole lot of fun, this is a trailer for the masses. Bryan Cranston’s Zordon gets a big – and we mean big – reveal in the new footage, with a new modern take on the character that should leave old fans smiling and new fans enjoying the high-end sci-fi take. 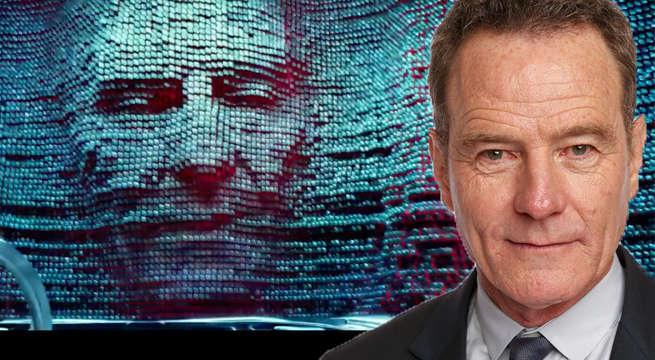 Instead of a weird ghost head in a tube, as Zordon appeared on four Mighty Morphin Power Rangers series and a movie, this Zordon is in an adaptive matrix that looks like those little desktop pin boxes you can leave an impression of your hand in. It looks from his brief glimpses in the trailer that he’ll be able to move his giant face around the main chamber of the spaceship that Jason, Zack, Kimberly, Trini, and Billy find buried underground.

When the new Rangers (er, before they know they’re Rangers) meet Zordon, he tells them in a calm voice, “The answer to what is happening to you is here. You five are the Power Rangers.” Of course, that’s a bit of a shock, and they respond, “Is this a joke? We’re talking to a wall.” He later can be heard saying, “The Power Rangers are a legion of warriors, you must become warriors.” Zordon also warns of Rita Repulsa that “she is pure evil,” and calls to the kids, “This is your destiny. This is your time.”

“Saban’s Power Rangers follows five ordinary high school kids who must become something extraordinary when they learn that their small town of Angel Grove – and the world – is on the verge of being obliterated by an alien threat. Chosen by destiny, our heroes quickly discover that they are the only ones who can save the planet. But to do so they will have to overcome their real-life issues and band together as the Power Rangers before it is too late.”

Are you sure you want to delete clan?